You are using IE 6. You can get a better experience with this site if you upgrade your browser to its newer version for free. You can also use Mozilla Firefox.

GLONASS: Will It Help Me? 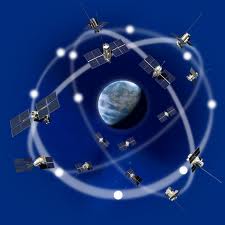 In North America we currently have two GNSS (Global Navigation Satellite System) systems available for use in agriculture. The first is the United States GPS and the second is the Russian Federation GLONASS. The US GPS constellation consists of 32 satellites in six orbital planes, with 31 operational today. The GPS constellation is the GNSS source that we have used in Precision Ag for the past 12 years. This system has served us well in the past. The only issue we have today is that at different times during the day the total number of healthy visible satellites drops causing the rover to lose convergence with the base. According to the Russian Federal Space Agency http://new.glonass-iac.ru/en/GLONASS/, The Russians’ GLONASSS constellation has 27 satellites in three orbital planes, with 22 operational today.

Corrections sources like RTK are based on the concept of having a land based GNSS receiver and a vehicle’s (Rover) GNSS receiver collecting data from the same satellites. The rover and base must be receiving data from at least five of the same GNSS satellites to calculate a correction (converge). So if a rover has GPS only, the highest number of satellites the Rover will receive data from is around 11 or 12. When you add a GLONASS option to a Rover receiver, you increase the number of possible satellites available to 16 or 17. In order to utilize the additional GLONASS satellites, the land based GNSS receiver and the Rover MUST both be GLONASS compatible. All MyWay RTK bases are GLONASS compatible and we provide them free to users through the industry standard RTCM 3.X RTK protocol. To find coverage in your area, simply log onto to MyWay RTK at www.mywayrtk.com/detailedmap/.

The key benefit to RTK GLONASS users is increased satellite counts for the times during the day when the GPS satellite counts drop to around six or seven. These low satellite counts may be caused by tree cover, physical obstructions or unhealthy GPS satellites. GLONASS can also help OmniSTAR customers who subscribe to the G2 signal from OmniSTAR. Please keep in mind that GLONASS is not the cure-all for the GPS problems we have experienced the past couple years and it will not benefit a WAAS user today.